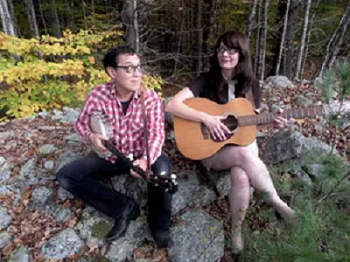 Grab a blanket or chair and some snacks and join us on the lawn for some great folk music, compliments of Hungrytown.

After more than 15 years of world-wide touring and three album releases, Rebecca Hall and Ken Anderson–otherwise known as the folk duo Hungrytown–have earned a reputation for the quality and authenticity of their songwriting. Hungrytown’s music has received extensive radio airplay worldwide and has appeared on several television shows, including The Daily Show and Portlandia.