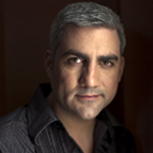 Taylor Hicks is one of the most beloved and popular AMERICAN IDOL winners of all time.

From the start, Hicks’ material on the mega-hit show set him apart, with a unique take on Southern soul, R & B, country and blues. Sixty-four million votes were cast and nearly 37 million American viewers and more than 200 million viewers worldwide tuned in to crown Hicks the Season 5 winner of AMERICAN IDOL, making it one of the most-watched TV events of the last decade.